“Jones’ sensational debut has the bones of a thriller but reads like literary fiction: lean, shrewd, and gratifyingly real.”—Entertainment Weekly

“Jones’s debut novel is clever, absorbing, and full of red herrings. . . . A stunning twist ending will leave readers waiting to see what Jones will give them next.”—Booklist (starred review)

“A darkly complex relationship between two sisters lies at the heart of Jones’s debut psychological thriller. . . . A blistering debut from a promising new talent.”—Kirkus Reviews

“A fast-paced read that will leave you thinking long after turning the final page.”—Christina Dalcher, bestselling author of Vox

“Tanen Jones shifts effortlessly between narrators and story lines, and delivers one hell of a twist. I couldn’t wait to finish but did not want it to end. This is the best kind of thriller!”—Wendy Walker, internationally bestselling author of The Night Before


“The Better Liar is a knockout—a stunner of a debut that left me in awe of this new writer’s talent.”—Karen Dionne, author of the international bestseller The Marsh King’s Daughter

“A gorgeously dark tale of twisted sisterhood—and a gutsy spin on the psycho-thriller . . . Nicely done, Tanen Jones!”—Debra Jo Immergut, author of The Captives


“This dangerous story of sisterhood and inheritance will make you question how well you really know those closest to you.”—Madeline Stevens, author of Devotion

“A dark, intriguing exploration of family wounds and the fragility of identity.”—Caite Dolan-Leach, author of Dead Letters and We Went to the Woods

“Jones expertly ramps up the tension and then delivers twists and turns at breakneck speed.”—Elizabeth Klehfoth, author of All These Beautiful Strangers

“Jones has written a compulsively page-turning story. She cleverly drip-feeds nuggets of information, each more surprising than the last, until the final shocking revelation.”—Claire Fuller, author of Bitter Orange and Swimming Lessons


“I can hardly believe The Better Liar is a debut novel—it has three unreliable narrators and a twisty plot, and it dives deep into complicated family relationships.”—Jennifer Hillier, author of Jar of Hearts, ITW Thriller Award winner


“All great thriller writers have to be good liars, and Tanen Jones absolutely is. Her debut is a scorching, fascinating read about a dark relationship that will make you turn the mirror to yourself. The Better Liar is binge-worthy all night long.”—Julia Heaberlin, internationally bestselling author of Paper Ghosts and Black-Eyed Susans


“A brilliantly claustrophobic thriller with a gasp-inducing sting in the tail—tense, controlled, and masterly.”—Christobel Kent, author of What We Did
zaman: 05:17 Hiç yorum yok: Bu yayına verilen bağlantılar

Jaci Moriarty GRAVITY IS THE THING

Barbara Dee:MAY BE HE JUST LIKES YOU

THE BOY, THE WOLF, AND THE STARS by Shivaun Plozza

Kara McDowell ONE WAY ANOTHER 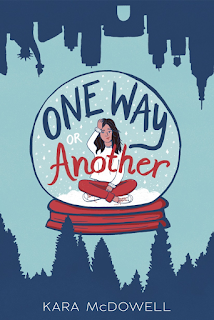 THE LONGING FOR LESS by Kyle Chayka