Lesley Arimah: WHAT A MAN FALLS FROM THE SKY 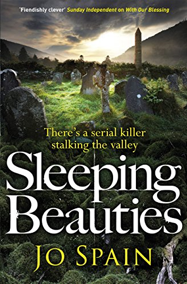 has sold in Brazil
to Verus Editora

thanks to the great work of
the Lennart Sane Agency

“You need to make peace with your past. Your future depends on it…”

Erika Blair, a successful real estate agent in New York City, has it all: a great career and two beautiful daughters. But her life is thrown into darkness when her daughter Kristen dies in a train accident. Erika is guilt-ridden; she was supposed to drive both her daughters to college that day but blew them off to show another million dollar listing instead.

Her surviving daughter Annie copes with grief in her own way: she is convinced there has been a case of mistaken identity and Kristen is still alive. Between Erika’s guilt and Annie’s denial, the mother and daughter are driven apart, each alone in their own private misery.

Then Erika gets a mysterious anonymous email. “Find the missing peace.” It’s a quote from the scrapbooks she lovingly made for each of her daughters, filled with wise sayings from her own mother and grandmother. Can the message be from Kristen? Or is this just Annie’s last desperate attempt to try to reach her mother?

The emails keep coming, the clues pointing Erika to her hometown of Mackinac Island, where she spent her unhappy childhood after the mysterious death of her mother. But it is only by revisiting her own complicated past that she can find her way back to her daughters. Erika must gather her courage and go home to Mackinac before she loses them both forever.

But Brett’s just not that girl anymore. Have a baby? She gave up on that a long time ago. Become a teacher? Surely she’s not expected to swap her lucrative salary and stock options for battling students in the classroom. Buy a horse? The condo board doesn’t even allow fish. And a relationship with her cold-hearted, distant father is out of the question. He’s been dead for seven years. But Brett’s biggest challenge is Andrew. When her driven, big-city boyfriend comes home toting a bottle of Perrier-Jouet to celebrate, she doesn’t have the heart—or the guts—to tell him she is not, and never will be, President of Bohlinger Cosmetics.

Entangled in a web of deceit, Brett is forced to examine the life she chose and the life she dreamed of as a teen. With a multi-million dollar inheritance at stake and nothing but her mother’s letters to guide her, she wades from her comfy Gold Coast neighborhood into the streets of Southside Chicago in search of a young girl’s dreams. There she faces challenges and victories, and loves and losses, that her youthful heart never could have imagined.

“You won't want to miss Lori Nelson Spielman's remarkable debut, an intensely emotional novel of transformation and trust.  It's about how we let go, and how we never let go.  The Life List has great heart, and even greater soul.”
—Sarah Addison Allen, New York Times- bestselling author

“Irresistible!  Everything I love and look for in women's fiction . . . A clever, funny, moving page-turner.”
—Susan Elizabeth Phillips, New York Times-bestselling author of The Great Escape

“A wonderful, touching story that reminds us to live life to its fullest.”
—Cecelia Ahern, New York Times-bestselling author of P.S., I Love You

The entire country seems captivated by the Forgiveness Stones craze, a pouch of stones containing a chain letter of sorts, requiring the recipient to forgive, and then to seek forgiveness. Everyone, that is, except New Orleans’ favorite talk show host, Hannah Farr. Intensely private and dating the city’s mayor, Hannah has kept her very own pouch of Forgiveness Stones hidden for two years—and her dark past concealed for nearly two decades. But when Fiona Knowles, creator of the Forgiveness Stones, appears on Hannah’s show, Hannah unwittingly reveals her tale of abandonment to her entire viewing audience.

Manipulated by the show’s producer and encouraged by her sympathetic fans, Hannah reluctantly embarks on a public journey to forgive her mother and find peace. But as Hannah examines the past, the lines between fact and fiction become blurred. Is the truth she’s clung to for twenty years the truth? And how could she, or anyone else, forgive her if it turns out that she’s the wrongdoer rather than the victim?

In hopes of reclaiming her mother’s love, and a glimmer of an authentic life she never could have imagined, Hannah must decide if the future’s beautiful promise is worth revealing her unsightly past.

“With quirky characters, Spielman spins an effervescent tale in which betrayals fizzle out into human weaknesses and grudges dissolve into mercy. Bright prose, a plucky heroine, and more than a few plot twists make for a delightful, light read.” —Kirkus Reviews

“Spielman's heroine is both likable and relatable, and the power of confession, forgiveness, and love shines all the way through this touching novel. For all readers of contemporary women's fiction, especially fans of Cecelia Ahern and Sarah Jio.” —Library Journal

About the Author:
Like her protagonist, Lori Nelson Spielman is a homebound teacher in an inner-city school district which breathes life into her characters and settings. Along with her teaching degree, she holds master's degrees in speech pathology and guidance counseling.
zaman: 04:28 Hiç yorum yok: