Sam Garton: I Am Otter

"A bright and hilarious escapade about an otter who, bored while his owner’s at work, opens a toast restaurant. Hysterical." —Kirkus Reviews, starred review

“This fully realized picture book captures warmth, imagination, and playfulness in the character of Otter. Garton creates a contagious appetite for more of Otter and his friends, Teddy, Giraffe, and Otter Keeper.” —School Library Journal

“Join in the modern life of a domesticated otter and her best (stuffed) friend as they find fun, friendship and adventure. Lovely illustrations skillfully show emotion in the characters and will have readers rooting for Otter.” —Portland Book Review

Shannon Parker: The Girl Who fell

A story of first love in which a high school senior mistakes her boyfriend's physical and mental manipulations for devotion, only to discover the truth when it may be too late.

Swept off her feet by the cute new boy in town, stellar athlete and student Zephyr Doyle can’t believe her good luck in finding the perfect boyfriend to complete her senior year. Not only is Alec attentive, he awakens physical desires in Zephyr, leaving her curious and wanting more.

Ignoring her friends’ warnings, Zephyr forgives Alec’s transgressions, but then the situation takes a swift, violent turn. Zephyr sees Alec for who he is and regains her sense of self; but her realizations may be too late.

Shannon Parker holds a Master’s degree in Linguistics and a C.A.S. in Educational Leadership. She has traveled to 35 countries and maintains journals filled with observations of exotic settings and colorful characters. She works as an educational administrator in Maine, where she lives with her husband and children. THE GIRL WHO FELL is her first novel.

It is no surprise that BOATS FOR PAPA, Jessixa Bagley's stunningly beautiful tale about the power of love has received its 4th starred review! Sure to pull at your heartstrings, BOATS FOR PAPA showcases the powerful bond between a mother and son coping with the loss of their husband/father. Before reading, have a tissue handy. This book has driven a number of people to tears, including our MCPG sales team during the book’s launch. We also have another picture book from Jessixa publishing Winter 2016, titled BEFORE I LEAVE

★ “Heartbreaking and hopeful, innocent and wise, a gentle story about healing and finding connection—both in the past and present.—Kirkus, STARRED REVIEW

★ “Bagley’s tender watercolors and lyrical text give weight and volume to a family’s grief. Her portrayal of Buckley’s hope and his mother’s acts of love are heartbreakingly beautiful and authentic. The ambiguity of Papa’s absence allows this story to transcend specifics and gives it a timeless and universal appeal. VERDICT The only thing better than this title for anyone who has experienced loss is the redemptive nature of time.”—School Library Journal, STARRED REVIEW

★ “The pen-and-watercolor renderings of her two characters can feel slightly blocky and awkward, but it’s a deeply empathic story with an accomplished sense of place. In beautiful tones of blue and brown, she immerses readers in the coastal world where Buckley and his mother are trying to make sense of their lives.”—Publishers Weekly, STARRED REVIEW

MCPG ANIMAL FRIEND OF THE WEEK

By now, you are all familiar with many of the MCPG team’s adorable, snuggly, goofy pets – and we love them all. But I have to say, my dog is the best.

Just like the dog in this hilarious picture book, Otis is great at all kinds of tricks…especially sleeping.

Japanese publisher Iwasaki loved this book so much they offered for it at the Frankfurt Book Fair last fall!

Foreign sales for MY DOG IS THE BEST:
Japanese/Iwasaki

MY PET HUMAN by Yasmine Surovec
Kirkus, May 1, 2015 issue
“Surovec leaps into early chapter books with a cat's-eye view of life […] This series opener is a must for young humans owned by furry masters.”
http://us.macmillan.com/books/9781626720732

WHAT JAMES SAID by Liz Rosenberg, illus. by Matt Myers
Publishers Weekly, April 17, 2015 issue
“Rosenberg lets the characters tell their own story without moralizing, and Myers’s attention to emotion makes it easy to sympathize with them. There’s lots to talk about here.”
http://us.macmillan.com/books/9781596439085

MIKE’S PLACE by Jack Baxter, Joshua Faudem, and Koren Shadmi
PEN America, April 16, 2015: READ IT HERE
“Baxter went to Israel to film a documentary about a local blues bar on the Tel Aviv beachfront, Mike’s Place, where everyone in the city, regardless of politics and religion, came together. While he was there filming, the bar was blown up in a terrorist attack.”
http://us.macmillan.com/books/9781596438576

Author Friend of the Week!
Photo from Publishers Weekly

summertime reads around. Here is the happy author, Joyce Wan, at her launch party at Books of Wonder in NYC with some fans! The party also featured a reading accompanied by whale-shaped cookies. Ready for summer!

Foreign sales for THE WHALE IN MY SWIMMING POOL:
French (USC)/Editions Scholastic

BOY’S BEST FRIEND by Kate Banks and Rupert Sheldrake
Kirkus, May 1, 2015 issue
“George and Lester manage their investigation into human-animal telepathy in a way that is both valuable and inspiring.”
http://us.macmillan.com/books/9780374380083
zaman: 04:19 Hiç yorum yok: 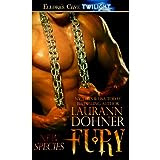